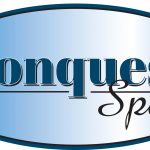 Expanding distributor Spa Crest Europe is challenging for a greater share of the UK hot tub market after developing a new brand in partnership with Saratoga Spas that will be officially launched in January. Exclusive to Spa Crest Europe, ‘Conquest Spas' by Saratoga Spas are the latest initiative by the Wigan-based distributor in the battle to increase its hot tub dealer … END_OF_DOCUMENT_TOKEN_TO_BE_REPLACED